What is Hip Fracture?

The hip joint is a “ball and socket” joint. The “ball” is the head of the femur or thighbone, and the “socket” is the cup-shaped acetabulum. The joint surface is covered by a smooth articular surface that allows pain-free movement in the joint. A hip fracture is a break that occurs near the hip in the upper part of the femur or thighbone. The thighbone has two bony processes on the upper part - the greater and lesser trochanters. The lesser trochanter projects from the base of the femoral neck on the back of the thighbone. Hip fractures can occur either due to a break in the femoral neck, in the area between the greater and lesser trochanter (Inter-trochanteric fracture) or below the lesser trochanter (Sub-trochanteric fracture). Different fracture patterns and locations determine treatment methods. 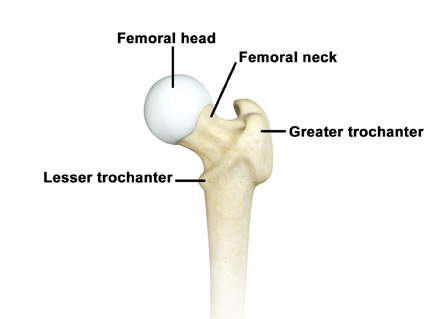 A hip fracture is most frequently caused after minor trauma in elderly patients with weak bones, and by high-energy trauma or serious injuries in the young. The long-term use of certain medicines increases your risk for hip fractures.

Signs and Symptoms of Hip Fractures

The signs and symptoms of hip fractures include:

X-Rays are the most common way to diagnose a hip fracture. Other imaging tests, such as computed-tomography scan (CT or CAT-scan) magnetic resonance imaging (MRI), may also be performed to detect the fracture.

Depending on the area of the femur involved, hip fractures are classified as: 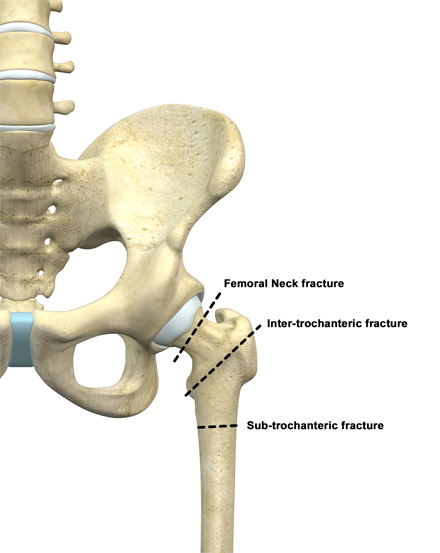 Hip fractures can be treated with or without surgery. For fractures which are displaced and affect the integrity of the bone, surgery is usually recommended. Hip fractures are serious injuries because they frequently occur in elderly patients with multiple medical problems. Early and prompt surgical intervention is recommended, either the day of the injury or day after. Rapid mobilization after hip fracture surgery is important for a successful outcome.

Femoral neck fractures are those that occur within the hip capsule and joint itself. These fractures are different from both inter-trochanteric and sub-trochanteric fractures. A fracture can be displaced (not in appropriate alignment) or non-displaced (in appropriate alignment). Displaced fractures of the femoral neck almost always require surgery. These are treated with a hip replacement (either full or partial) in patients >60 and are typically treated with open reduction (open surgery to put the bones in the correct alignment) and internal fixation (with hardware/plates and screws) in younger patients. Non-displaced fractures are also typically treated with internal fixation (placement of hardware/plates/screws) to hold the bone in the correct alignment, prevent displacement of the fracture, and allow rapid mobilization.

Hip Replacement after a Hip Fracture

With either option, the goal of a hip replacement after fracture is to allow rapid mobilization of the patient to decrease the likelihood of post-surgical and post-hip fracture complications.

As mentioned above, femoral neck fractures in patients >age 60 are typically treated with a hip replacement. Non-displaced fractures of the femoral neck are often treated with fixation. In fracture fixation, hardware (plates and screws) is put into the bone to stabilize the femoral neck and allow the bone to heal in correct alignment. Fracture fixation is strong enough to walk on and the goal of rapid mobilization remains the same. The biggest risk of a femoral neck fixation is failure of fixation, in which case a hip replacement would be needed.

Inter-trochanteric and Sub-trochanteric fractures are also treated with surgical fixation. Fixation for these fractures is with a “femoral nail.” A “nail” is a device that is placed inside the bone and locked on both sides to stabilize the fracture. Think of the bone as a tube. Several small incisions are made about the hip. The bone is opened from the top and the “nail” is placed inside. Through other small incisions screws are placed to lock in the length, rotation and alignment of the bone. Reduction of the fracture is often through indirect methods such as using a traction table and through small incisions to manipulate the bone into alignment. A “nail” is typically strong enough to walk on and patients are encouraged to weight bearing and mobilize as quickly as reasonable. A typical fracture treated in this way takes 3-6 months to heal. Again, the most serious complications after a hip fracture fixation are due to general medical complications and immobility surrounding the time of the fracture and surgery. For this reason, rapid mobilization and return to daily life is recommended.

Whether treated with fixation or replacement most patients treated surgically for a hip fracture will end up in a skilled nursing facility for 2-3 weeks after a fracture. It is important to start planning for life after the facility before leaving the hospital. Most insurance programs, even Medicare, will only allow several weeks in a skilled facility or rehab hospital. You may be responsible out of pocket for any further stay in a facility. When you are discharged from a nursing facility home services such as physical therapy and visiting nurses can be arranged.

The vast majority of patients with a hip fracture also have either osteopenia or osteoporosis. Both of these conditions are a result of decreased bone density that can be associated with aging. Diagnosis of osteoporosis and prevention of subsequent fracture is important and will be a part of the recovery process.

More information can be found here. 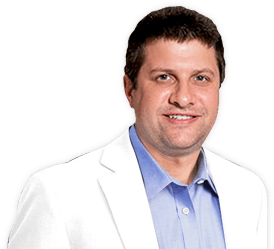